I'm running custom Detachment rules which are a mash-up of Into the Odd's company rules and Apocalypse World's gang-sizes so that ship crews in my pirate game interact smoothly with PC combat.

Because this is a think-piece about custom rules I made myself, built on the foundation of the system I kludged together, this post is probably me just talking to myself. 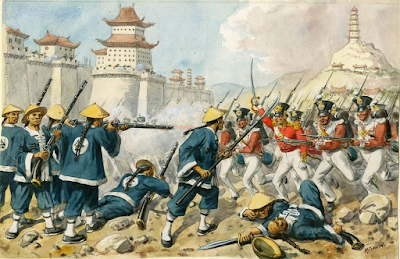 I still don't like it. The mouth-feel is wrong.

The problem is that kludges I put together (like the Area and Large-Scale tags) are non-diegetic. There's really an arbitrary distinction between what counts as 'Area' vs 'Large-Scale'. There's still too much GM overhead, and if I forget to include 'Area' or 'Large-Scale' tags on a monster, then they're stuck doing Impaired Damage (d4) to Detachments, which means 40 peasants (+4 Bonus Size AV) are functionally immune to single monster. Bad.

THOSE rules are because I used an escalating bonus Size AV of +2 damage resistance per size category advantage. And THAT rule is because I wanted to have a quick way to scale up 'X number of HD1 mooks', keeping their HD and not having to create a hit-point sink.

I generally run low HD human opponents, because PC health is also low. You're more likely to see an army of HD1 peasants or HD3 soldiers than HD8 legendary heroes.

Detachments still get a bonus damage die and +2 Size AV per category. Individual-scale opponents still deal Impaired damage (d4) unless they use weapons with an Area Tag.

Now, the GM has discretion to ignore Size AV if the situation seems appropriate. PCs setting up explosion traps all along a gulley will do that (and probably get the Area Tag) too, or using choking gas. For monstrous foes, they ignore Size AV if they still fight effectively against large numbers of foes. 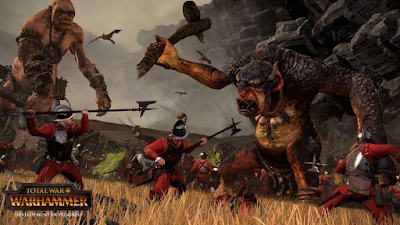 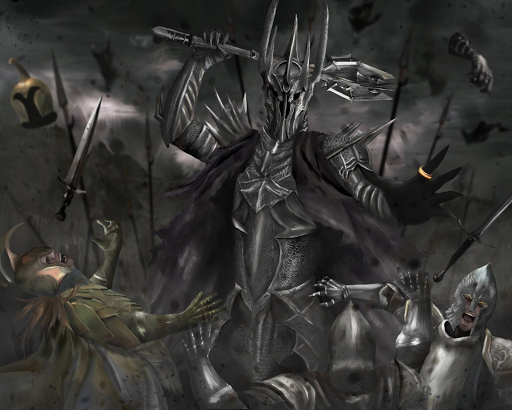 Basically, if you can imagine them like Sauron in the first LotR tossing soldiers around, then they ignore Size AV. They still do Impaired Damage (d4) unless they have an Area attack, because they'll have to whittle their foes down.
Peasant armies can still, eventually, kill a dragon. 80 peasants get +3 bonus damage dice: give them all muskets and they're doing 4d8 damage a pop. The problem is keeping them together with Morale Checks as more and more of them die.

The distinction between Impaired damage but ignores Size AV (eg, big ogre smashing fools with a club) and Area damage but minus Size AV (eg, single PC throws a grenade at the enemy squad) still requires a little bit more GM adjudication than I'd like, but I guess I can try these rules out for now.

Sam C
I'm SkeletonBoi on some forums, and u/tie-wearing-badger on reddit